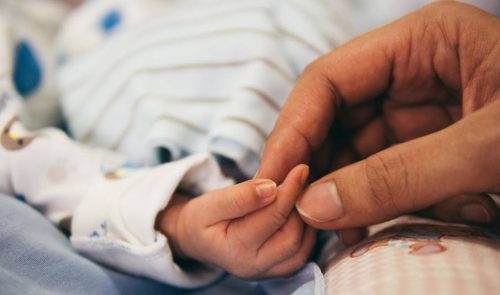 San Francisco, California, United States, August 3, 2020 / TRAVELINDEX / Those who contracted COVID-19 are experiencing what it’s like to have a condition that is difficult to diagnose without clear treatment options. This is the norm for people living with a rare disease. There are 7,000 rare diseases identified so far, often with broad symptoms, varying in severity from patient to patient. This causes not only a lengthy and difficult diagnosis process, but also a lack of available data for treatment given only a handful of people living in the same country are suffering from the same disease. In fact, treatments may be underway in one country unknown to the patients in another.

Over the last two years, the World Economic Forum’s precision medicine team led a pilot project called Breaking Barriers to Health Data, designed to ensure that people living with rare and other complex diseases were not missing out on life-saving diagnoses and treatments.

A health data consortium was developed with the Australian Genomics Health Alliance, Genomics4RD, Genomics England, and Intermountain Healthcare as well as 85 stakeholders from academia, government, and industry with the aim of sharing genomic data for rare diseases across borders.

The team produced a proof of concept that outlines how countries can come together, use pre-existing datasets of coded and de-identified patient information and access other datasets across country borders with similar data types. Australia and Canada reached an agreement on how to deploy this proof of concept and will likely test it later this year.

“Sorting through the human genome is like going through 100,000 digital photos – it’s a complex task that takes time and money,” said Lynsey Chediak, Project Lead, World Economic Forum. “It takes on average five to seven years to diagnose a rare disease. I was one of the lucky ones, a person living with a rare disease diagnosed at the age of 5. But, due to the time to diagnose, in some places, one-quarter of children will not live to see their tenth birthday. That can change. Sharing genomic data is a huge undertaking, but it is not particularly difficult technically. The larger challenge is how to form the necessary relationships between institutions that enable trust and transparency and sustained, predictable operations. Our project showed us that this can be done.”

Many countries want to share data in theory but are unable to do so due to data security, patient privacy and incompatibility in operating standards. A federated data system is a technical solution that can mitigate many of these concerns. Participating in a sensitive health data consortium is the only way to maximize volumes of data already collected, sitting in silos around the globe.

“This has been a valuable exercise to explore how to maximize the utility of our existing datasets.Participating in this mode of international collaboration will be increasingly important to progress our shared knowledge of genomics – particularly in rare diseases,” said Tiffany Boughtwood, Manager of the Australian Genomics Health Alliance. “Working with the Forum over the last two years, we have created a clear governance structure and strong partnerships with like-minded genomics institutions beyond Australia’s borders.”

“Interoperability is key to enabling the responsible sharing of genomic and health related data for the benefit of humans everywhere,” said Peter Goodhand, Chief Executive Officer of the Global Alliance for Genomics and Health. “At GA4GH, we develop the technical standards that allow for such interoperability, but getting them into real-world practice is the most critical step. Through collaborations like the Breaking Barriers to Health Data project – which leverages the GA4GH Data Use Ontology and Framework for Responsible Sharing of Genomic and Health-related Data – we are beginning to see how our work can add real value to the global patient community.”

“As the parent of a child with an undiagnosed rare condition, access to state-of-the-art genomic testing is like winning the lottery,” said Durhane Wong-Rieger, President of the Canadian Organization for Rare Disorders. “The idea that my child’s genomic data could be interpreted using a federated database and then contribute back to this data system is like winning the trifecta. As president of the Canadian Organization for Rare Disorders, I am excited to be part of this pilot, and as chair of Rare Disease International, I anticipate the day when all patients across the world will take part.”

“Limited data is a common feature of rare diseases, resulting in high uncertainty, which impacts every part of people’s lives,” said Nicole Millis, Chief Executive Officer of Rare Voices Australia.  “Australia’s National Strategic Action Plan for Rare Diseases calls for improvements to rare disease data collection and use, including best-practice safe storage and data sharing. One of the critical enablers of this is ‘state, national and international partnerships.’ The safe and anonymous sharing of rare disease data across borders will provide key decision-makers at all levels with greater knowledge of rare diseases, which can facilitate more responsive and appropriate services for people living with a rare disease, as well as their families and carers.”

“Care4Rare Canada is thrilled to be an active partner in this collaboration led by the World Economic Forum,” said Kym Boycott, Chair of Genetics at CHEO, Senior Scientist at the CHEO Research Institute, Professor at the University of Ottawa, and project lead of Care4Rare. “We set out to design Genomics4RD and its governance in a way that would enable this type of rare disease data connection. We have long believed that international data consortia, such as this, will lead to more diagnoses for our patients otherwise living without answers.”

By following the findings in this guide, the Forum hopes to encourage a cohesive, symbiotic relationship between health institutions throughout the world that may otherwise have different models of consent, operations, security and technology.

The Breaking Barriers to Health Data project aims to craft and test a scalable governance framework to support the effective and responsible use of federated data systems to advance rare disease diagnosis and treatment. It is part of the World Economic Forum’s Health and Healthcare platform. The first case study will focus on enabling cross-border access to rare disease genomic data between four countries.